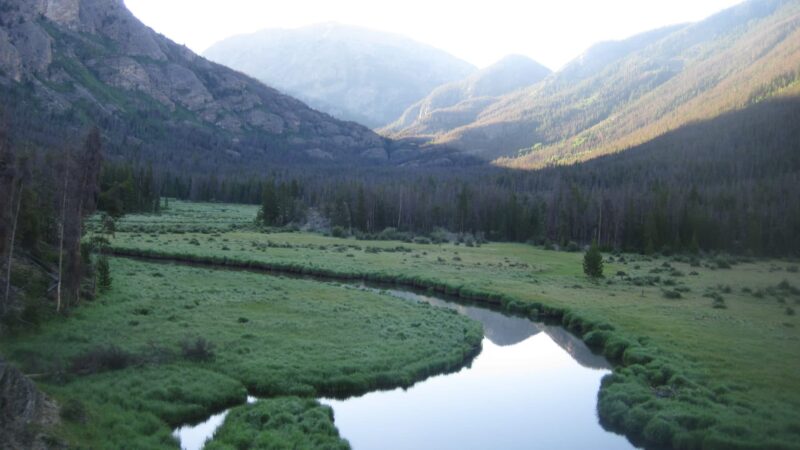 Fourteen Atlanta 8th & 9th graders and their adult leaders will visit Shadowcliff this June as part of their exploration of the journey of the Colorado River from its headwaters in Grand County to Lake Powell in Arizona. Their purpose is to better understand the complex relationships between the natural world and human society.

Classroom Earth – a field-based, interdisciplinary summer course will take these Atlanta teens to Colorado where they will begin a  2 ½ week exploration of the Colorado River watershed with leadership from their own faculty and insights and field experiences by local experts including Shadowcliff’s knowledgeable staff and faculty.

Ted Sadtler is a 15 year Spanish teacher at independent Westminster Schools in Atlanta. Clark Meyer is an English teacher there and has been teaching for 18 years. Since the early 2000’s Westminister has hosted Field Geology, a wildly popular summer curriculum. When the program’s popular teacher left, Ted and Clark were called on to revive the program. Their goal is  a student-centered course that will flourish, no matter the teacher. Classroom Earth is a re-imagined, interdisciplinary “reboot” of that Field Geology program.

Ted and Clark are familiar with the American West from earlier travels and work experiences[blockquote align=”right”]”Our student population are high achieving, academically-gifted students. They can either be leaders on the journey or they can be dragged along, unwillingly. Part of our job is to prepare future leaders.”[/blockquote]and recognize that the Colorado River is one of the most endangered rivers in America. The Colorado sustains a vibrant and irreplaceable ecosphere while providing essential services—from drinking water to irrigation, from hydropower to outdoor recreation—to millions of people. From its headwaters a few miles from Shadowcliff in Rocky Mountain National Park to its terminus in the Sea of Cortez in Mexico, it is a perfect landscape to explore the social, environmental and political demands placed on rivers everywhere.

Classroom Earth will study the varied and often conflicting demands on this river system through hands-on, inquiry-based, first-person exploration. Ted suggested that an important part of the learning is how to ask better questions.
“What questions need to be asked that elicit useful information and then, ‘What’s the next question?’ And, how do those questions differ at the headwaters from those at Lake Powell?”

“Shadowcliff’s emphasis on understanding the Laws of Nature and the importance of seeing the connections makes Shadowcliff a great place to start this journey,” observed Bob Mann, Shadowcliff Board member and part of the group’s leadership on this leg of their exploration.

Interestingly, Ted said that Shadowcliff wasn’t even on their radar. “Initially we weren’t looking for a retreat center. We were just looking for a place to sleep. We got connected to Shadowcliff through the folks at Trail River Ranch. Suddenly our time in Grand Lake took on an entirely different aspect. Rather than starting the trip wondering how to fill our time (with hikes and speakers and such), we now have to decide which activities to cut.”

Students will visit with  farmers, ranchers, engineers, environmentalist, politicians and community leaders along the way, to better understand issues like water rights, conservation, recreational use and preservation of the Colorado River.

On a personal basis, Clark is especially looking forward to the Lake Powell portion of the trip, as he loves the canyonlands of the Colorado Plateau where he previously worked as a wilderness Ranger in southern Utah at Escalante National Monument.  “It’s a very compelling landscape to visit, with an obvious symbol of the issues, made concrete. The site of the ‘bathtub ring’ I think will be a real attention-getter for them,” Clark said.

Many challenges  facing the Colorado River are similar to those of the Chattahoochee River in their home region. The enormous growth of metropolitan Atlanta has increased its water withdrawals from the river.

“The Chattahoochee River, for a city the size of Atlanta, is a very small river. Georgia, Florida and Alabama are involved in the negotiations for water rights issues here,” Clark says. “When we come back, we have a date planned with the Chattahoochee Riverkeepers  to take the seeds that were planted out there (Colorado) and connect it to something a little bit more concrete, more personal and everyday relevant.”

What outcomes do they expect?

“Depends on how optimistic I’m feeling on any given day. I hope that they come out with understanding of environmental questions as something more than a political football that gets passed around. (Those issues) are real and they matter,” Clark added.

“Unfortunately, I think the world that they (the students) are going to live in, is a journey they’re going to have to take whether they want to or not. Our student population are high achieving, academically-gifted students. They can either be leaders on the journey or they can be dragged along, unwillingly. Part of our job is to prepare future leaders,” Clark commented.

Many past and current leaders have been influenced by their time at Shadowcliff. We know that the students of Westminster Schools will get a good head start there, too.