People of the CDT 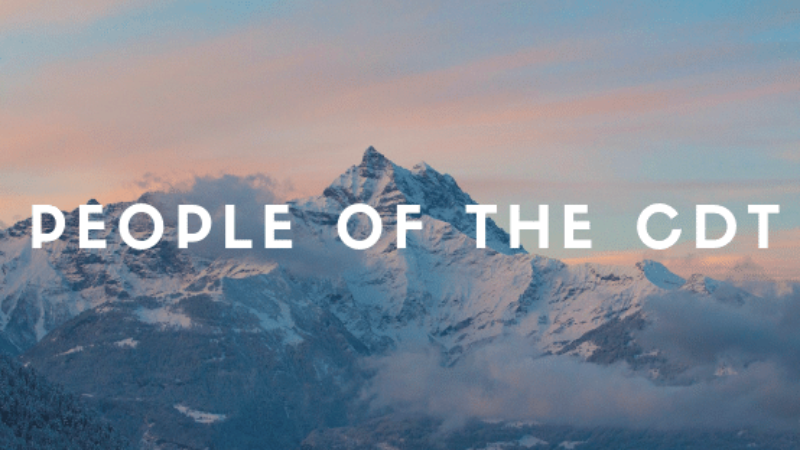 Testimonials from the Trail with CDT Through-Hiker "Stretch" 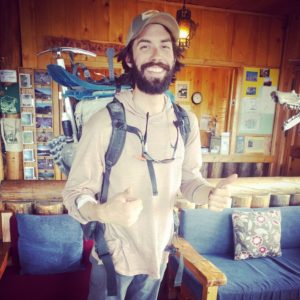 Every person has a different reason for hiking the CDT (Continental Divide Trail). Tyler, known as “Stretch” on the trail, chose to hike the CDT because it traverses some of his favorite parts of the country: the high desert and the Rocky Mountains. “It’s also the least crowded and the most adventurous,“ he said.

One of the more common inquiries that non-CDT hikers want to know is what hikers are eating out on the trail. It’s important to consume calorie-dense foods. “On the trail I eat instant mash potatoes, tuna, rice and beans, chips, and candy.”

Most CDT hikers save the best for last in their attempts to complete the “Triple Crown” which is the completion of the Pacific Crest Trail (2653 miles), the Appalachian Trail (2200 miles), and the Continental Divide Trail (3100 miles). Not so for Stretch. He jumped right into the CDT.

The trail traverses a diverse mix of topography and terrain. When asked about his favorite stretch of the trail so far he said, “Berthoud Pass to Grand Lake because it was snow free.” There is an unseasonably high amount of snow on the trail this season. The CDT Coalition reports,

“In Colorado, the snowpack is between 141 and 374% of normal levels as of May 24. In the southwest corner of the state—the Gunnison, Rio Grande, and San Juan River basins—the levels are between 300 and 375% of average. Additionally, we’ve gotten several large snowstorms late in the season, which are depositing new snow on top of weak layers.”

This requires hikers to take extra precautions and often reroute to avoid dangerous stretches of the trail. CDT Coalition representative Teresa Martinez explains that, “The Rockies experience variable weather in the spring, with snow happening late in the season yet warm temperatures in between. This combination creates unstable layers in the snowpack.”

Shadowcliff is a cozy respite from the extreme conditions of the trail. A comfortable room, hot shower, and on-site guest kitchen are just some of the amenities that CDT hikers appreciate most.

If there is something that all CDT through-hikers have in common it’s perseverance. “Perseverance is key,” said Stretch. “There’s going to be a lot of low points. And you just have to push through it. It’s going to be hard, be prepared for that.” He also feels that, “Everybody should do something like this at some point in their lives. You just can’t have this kind of experience in day-to-day life.”

Most important item: My tent - shelter