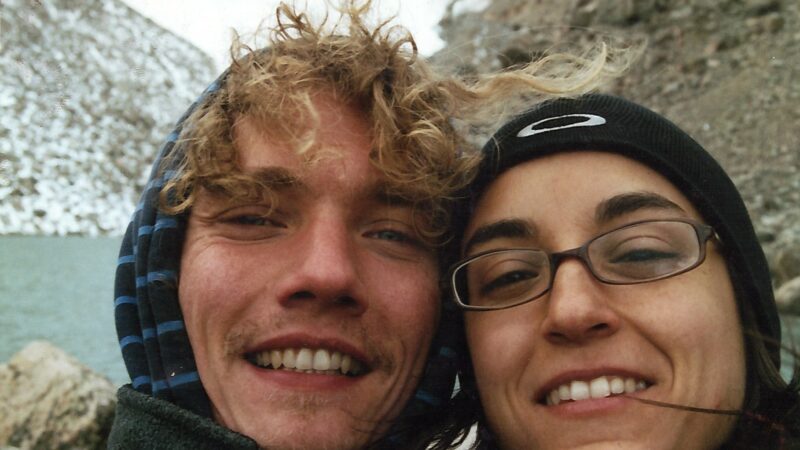 Sometimes you are guided to places and people who change the direction of your life. In 2002 – I was young, full of energy and ready to discover the world – I decided to come for the first time to the U.S. With a work visa in my bag I had a whole summer to discover the American culture. I tried to find a job on the east coast, but no success… until I got an offer to work in a lodge next to the Rocky Mountains National Park in Colorado. I called the director, Bob Mann, and my inner voice said: Go there! I had no idea where I was going to, but I knew that I have to go there. I spent some days in Greyhound buses and was then picked up by Bob and Judith in Denver. This was the start of a love story!
The summer of 2002 in Shadowcliff was a time of becoming close to nature – the woods, the rivers, the moose, and elk -, becoming close to humans – the guests, the hikers and the little Shadowcliff community – and becoming closer to a new perspective of living. At that time, Bob started his courses of sustainability and I joined them whenever I could. Those courses at Shadowcliff awakened my inner need and longing to build a sustainable world, a world worth living. Bob and Judith became friends and I knew someday I will go back to Shadowcliff.

So I did in 2007…together with my Spanish beloved Corazón Mariló! We joined the staff of Shadowcliff again for one summer. Mariló and I got to know each other 2003 in France – we could hardly speak to each other because we didn’t know the language of the other…but this did not hinder us to fall in love with each other! We started a love story in distance – she, most of the time in Spain and me in Germany. Finally, in 2007 we tried it out, to see if we could love each other, not only in distance but also when we are super-close together in a little room in the mountain lodge.
It became one of the most beautiful summers of my life. Mariló and I found out that we love to live and work together when we are surrounded by nature and a community. Cleaning showers and toilets, making beds, sweeping and vacuum cleaning is amazing work if you know that you are part of a great project. Judith, Bob, Judy, Skelly, JJ and all the others became our family for one summer. Mariló and I felt safe and at home in Shadowcliff. But not only that, we found a home in nature.
Once we went out for 3 days, hiked up to beautiful peaks, watching sweet marmots and the biggest elk I ever saw. We slept in a small tent, freezing at night and putting our food in a box up the tree so that the black bears would not get it. Scary, but I tell you, Mother Earth is so beautiful out there, especially when you can share it with somebody else. I will never forget those days.
For years now, we work, live and love in the community of Tamera in South Portugal. Together with our son Neo, who joined our lives in 2010, we continue our dream to live a peaceful life among humans in a sustainable cooperation with nature. And this dream started for me at Shadowcliff.

It was a gift and a privilege to be part of this project. Thank you!