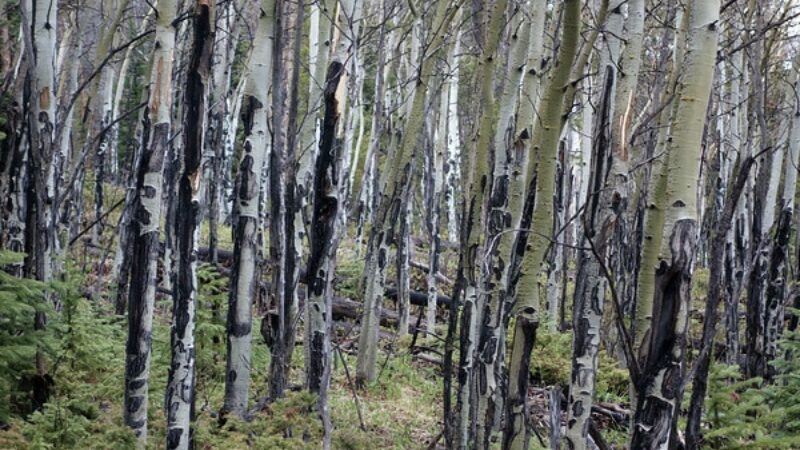 In his latest installment of the Laws of Nature, Robert J. Mann discusses the Law of Adaptation. Bob explains that when the habitat changes, you have just a few choices; migrate, become extinct or you can adapt. As humans, migration isn’t yet and viable option ( keep working on it Elon!) Luckily, we are some of the best ever at adapting and we’ll need to get better at it, in order to survive.

I think Nature has it right. About adaptation I mean. Nature clearly rewards adaptation. I just returned from Shadowcliff where I look out the window of Fireside cabin and see a mule deer and her fawn and hear the crows making their run up the North Inlet Stream. Later in the day, a fox crosses our path below the entry road and while hiking on the trail to Summerland Park I see two mallards “dabbling “in the stream. These are not the charismatic critters we first associate with Shadowcliff or Rocky Mountain National Park, but they do belong here. Funny thing is that near our home in Fort Collins I see these same critters thriving in a habitat greatly altered over time by humankind. We were in Canton, Georgia recently and saw members of the same species in an entirely different habitat there as well. These species are survivors, not because they are bigger or wiser or more beautiful than others, but simply because they have adapted to a variety of environments over many generations.

In the big picture, we know that there has been life on this planet for give or take, four billion years. We know that roughly 99% of the species that have ever existed are now extinct. The last major period of species extinction was 65 million years ago. That’s the one that caught the dinosaurs, the creatures like us at the top of the food chain. Yet there were some mammals, amphibians, reptiles, plants, aquatic dwellers who survived that period and in some form continue to populate the earth today, but not without change. The catalyst for that extinction was some force that created dramatic change in the habitat of most creatures then living on planet earth. When their habitat changed so dramatically, there was little time for evolutionary adaptation or even migration and the result was a huge period of species extinction.

The four billion years of life on planet earth teaches us that when habitat changes all species do one of three things: migrate, adapt or become extinct. If that habitat change covers vast regions such as ice ages, volcanic eruptions, asteroid strikes or dramatic shifts in climate there is little opportunity for migration as an adaptive behavior. Nor is evolutionary adaptation an option as it requires many generations to result in sufficient change to avoid species extinction.

It is clear that our human habitat is changing and that we homo sapiens are the primary cause of these changes. This is a much larger issue than climate change. It includes our sheer numbers. Our species has doubled in size in less than fifty years. We are exhausting natural resources such as soil, water, minerals and certainly the extractive resources that have fostered our rapid growth beyond a sustainable pace. Our increasing population now centers in mega-cities rather than a rural lifestyle and our religious and political systems struggle unsuccessfully to cope with such accelerated changes. Yet we are simply a species and Nature’s operating principles do apply to us. Our habitat is changing, and we have the same options as every other species on this planet; migrate, adapt or become extinct.

Migration is an unlikely option so adaptation is the choice. Here is the hopeful part. We are the most adaptive species on the planet. We are not dependent upon historical models of multi-generational evolutionary adaptation! We have the capacity to intentionally adapt and to do so quickly. We can plan and enact our own adaptation as no other species before us! But we must do so quickly. We must limit our growth and preserve the natural resources that remain. We must develop an appreciation for biodiversity understanding that species diversity builds ecosystem resilience upon which we depend for our own human survival. All of this requires dramatic changes in our economic, religious and political systems.

Unlikely? Perhaps, but this adaptation remains the challenge for our survival as a species.

Robert J. “Bob” Mann, Bob practiced business law for twenty-five years, founded and directed Bridging The Gap, Inc., the mid-west’s largest environmental education organization in Kansas City and with his wife served as Co-director of Shadowcliff from 2001-2012. Bob has facilitated more than fifty multi-day sustainability, environmental and planning workshops at Shadowcliff including National League of Cities, Sustainability Institute Workshops in 2013 and 2014. He has extensive experience working with businesses as well as elected and staff leaders from all levels of government. Bob was an early proponent of sustainability training exploring a broader and deeper understanding of systems thinking and the implications of nature’s operating principles for the challenges we face as individuals and organizations.