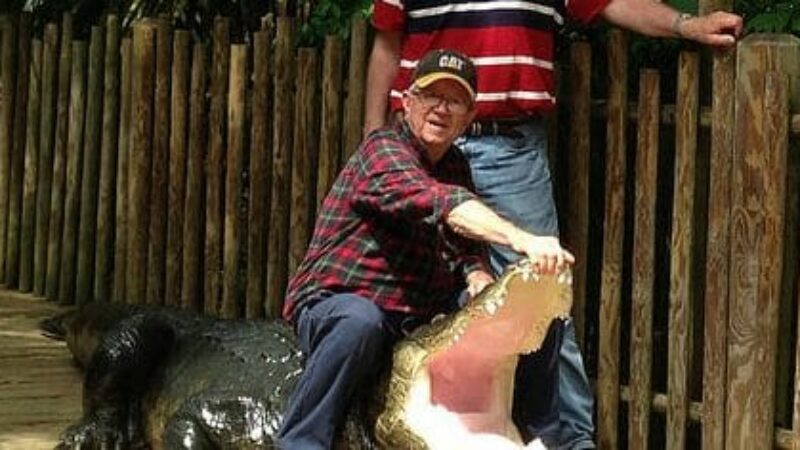 John and Beth Hoffman and their family have been going up to Shadowcliff since 1975. They met Warren and Patt Rempel in Manhattan Kansas advertising the Grand Lake destination with a small ad in the local newspaper. They visited with Warren and Pat, looked at their photo album and fell in love with the place. As longtime guests at Riverbend Cabin, they felt like their family grew up there during those summers.

John later served on the Board of Directors at the behest of Judith Christy and Bob Mann, at times as Secretary or Treasurer. They watched Shadowcliff grow up over the years from simple changes in decor to the slow metamorphosis into what it is today. “It was always a special time at Shadowcliff,” John says.

Long time Shadowcliff maintenance man and “go-to guy” JJ Eakin started staying with the Hoffmans at their home in Kansas during the off-season. It started as an innocent conversation that was essentially, ‘Would you like to come and stay with us? See how it goes.’ As a native Arkansan, maybe he was built for a Midwestern winter.

He soon became a regular member of the family and could tell you something about all 8 Hoffman kids and 10 grandkids. When John & Beth told him they were going to retire to Florida, he raised his eyes and smiled and said, ‘Yeah, I’ll see what that’s like.’ Spoken in JJ’s true understated style.

Turns out he loved it there and became friends with people around their cul-de-sac, lovingly referred to as ‘the Mayor’ in their Jacksonville area retirement development. He became a confidante and source of a second opinion and a frequent dinner guest. He had people calling him all the time checking in on him. He truly enjoyed his life there including some target shooting or pool hustling at the local community center. He was totally immersed in the lifestyle, even sporting his suspenders and tool belt in the affluent Ponte Vedra community. But, Shadowcliff was his home. “Even when he was very ill, he was still talking about all the things he needed to get done at Shadowcliff. That was his life” said, John.

“When he was in the hospital, he talked to Bob on the phone and apologized that he might be a ‘little late this year.’ He was always looking to the West” said, Beth.

The Hoffman’s returned from a trip to Kansas in late March and the next morning JJ told him that he hadn’t been feeling well lately. (And, he looked it, they confided.) Beth and a neighbor took him to the VA and they discovered he had an aortic aneurysm; a small tear in his aorta, likely caused by a bacterial infection. They treated him with antibiotics and kept him in the hospital for 8 days before releasing him for some recovery time at home in anticipation of a scheduled operation to repair the aneurysm. He was home 5 days and Beth was tasked with administering the antibiotic. Returning to his room one morning, JJ announced that he felt good enough to get up and prepare his coffee that morning. Beth said she felt overjoyed, thinking that he had turned the corner. She returned with the ingredients for his little 4 cup coffee maker and following a brief coughing spell, he was gone, surrendering without any pain and surrounded by people who love him.

All the way to the end, he was determined to get back to Shadowcliff. “I’m going tomorrow,” he would argue. It was his life’s mission and he served us well.

“Even when he was drugged up in the hospital, he was still going through his laundry list of activities including make sure the smoke alarms were activated and other things that he needed to get after. It was the only thing he was saying, that we understood,” said John.

“Every year at this time we would say goodbye to JJ as he took off for Shadowcliff, so it’s normal for him to not be here now,” Beth said, sadly.

I suppose all of us will find our own particular time and place, to miss JJ – a member of our family that will be impossible to replace.